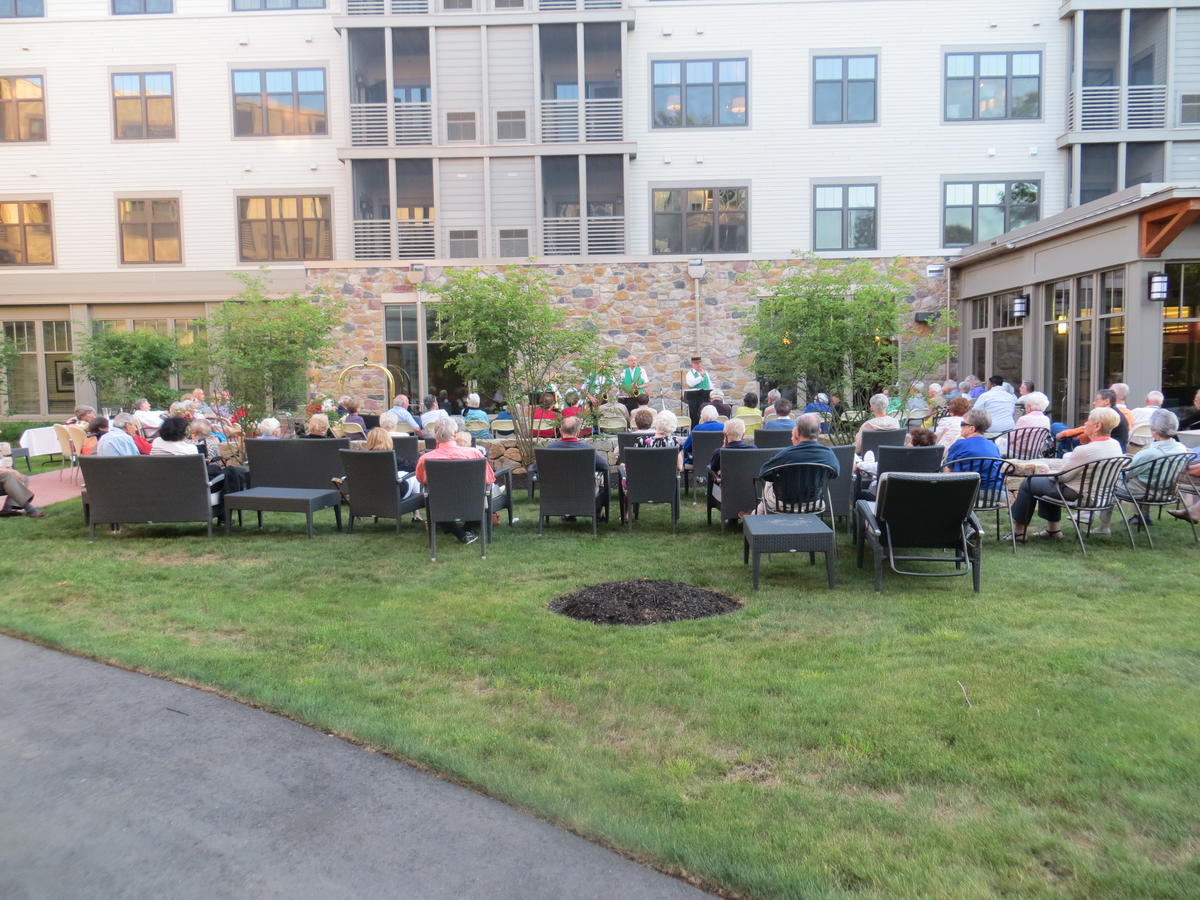 Our outdoor summer concert series starts this week at Waterstone at Wellesley, and we can’t think of a better way to ring in the beauty of summer than an evening of great music in our picturesque courtyard.

The first concert in the series is tomorrow night’s visit from The Jazzlanders, a New-England-based jazz band that covers the likes of Tony Bennett, Nancy Wilson, Quincy Jones and James Moody. The group was founded by professors and alumni of Berklee College of Music and specializes in a variety of jazz styles including swing, bossa nova and samba standards.

They’ve become such a hit at wedding venues that they were named by The Knot in a past “Best of Weddings” feature and members of the group have recorded with Latin and jazz star Dave Samuels, a two-time Grammy winner.

Next month, the Wolverine Jazz Band is visiting on July 16 for the second part of the summer concert series. The band formed in 1995 and has been playing traditional jazz throughout New England since, performing the music of member John Clark, who plays the clarinet and saxophone.

The eight-man band also includes Tom Boates on the trombone, Ross Petot on the piano and Jimmy Mazzy on the banjo and vocals. Click here to listen to online samples of their work!

To wrap up the summer concert series, Swing Café is visiting on Aug. 20. The band combines lead and harmony vocals, with the guitar, mandolin, saxophone, clarinet, double bass and drums for soothing jazz, swing and rockabilly sounds. Known for their clear sound, one member of the group is actually a Grammy-nominated sound engineer.

They typically draw their material from pop standards of the 30s, 40s and 50s and are always a popular show when they visit us.

To RSVP for The Jazzlanders’ performance tomorrow night at 6:30 p.m., click here or call 781-235-1614. We’ll keep you posted on where to RSVP for the Wolverine Jazz Band and Swing Café!