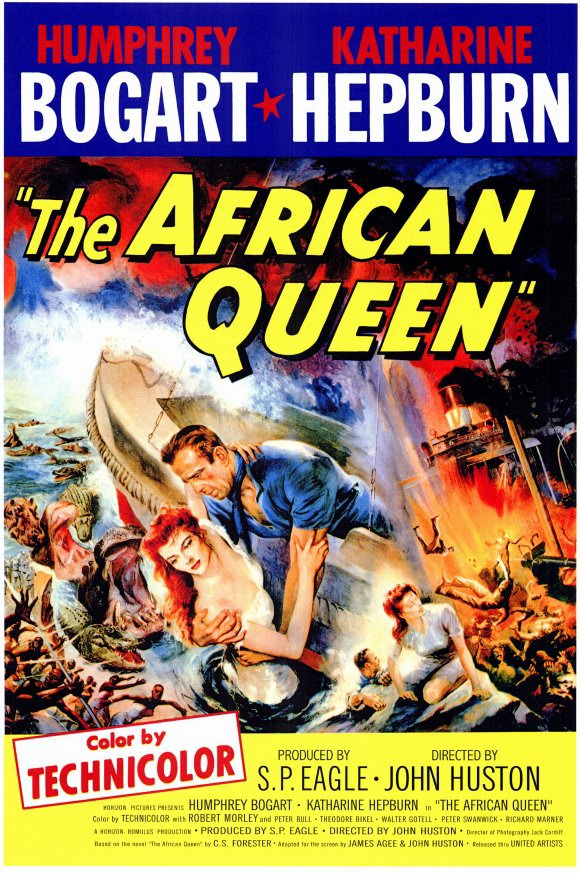 Join us at Waterstone at Wellesley for a whole month of fun events (check our online calendar soon!), including several musical performances and fascinating lectures on a wide variety of topics like JFK and the Cuban missile crisis and the works of famous Spanish artists.

In the meantime, join us for these events:

On Sept. 6, the film critic Dan Kimmel is joining us to discuss the classic film, “African Queen,” which stars Katharine Hepburn and Humphrey Bogart. Bogart plays a riverboat captain in German East Africa at the start of World War I who is persuaded by a strait-laced passenger, played by Hepburn, whose brother was killed by German troops, to use his boat for the British war effort.

The movie came out in 1951 and was directed by John Huston. Read interesting trivia about it to prepare for Kimmel’s talk here.

Then, on Sept. 8, Ethan Stone and Adam Bergeron are visiting for a dueling piano concert. The pair has been dueling since childhood and grew up in neighboring towns, studying piano from the same teacher. As adults, Bergeron studied classical piano at the University of Massachusetts, while Stone pursued jazz and contemporary piano at Berklee College of Music.

Lastly, to commemorate Sept. 11, Sgt. Daniel Clark, aka “The Singing Trooper,” is visiting on Friday, Sept. 11 to perform a special memorial concert. Clark served the Commonwealth of Massachusetts for 20 years. During his tenure with the state police, he performed at more than 2,500 federal, state, local and military functions.  For more information on Clark, visit his website.

See the dates and times of each event, below: